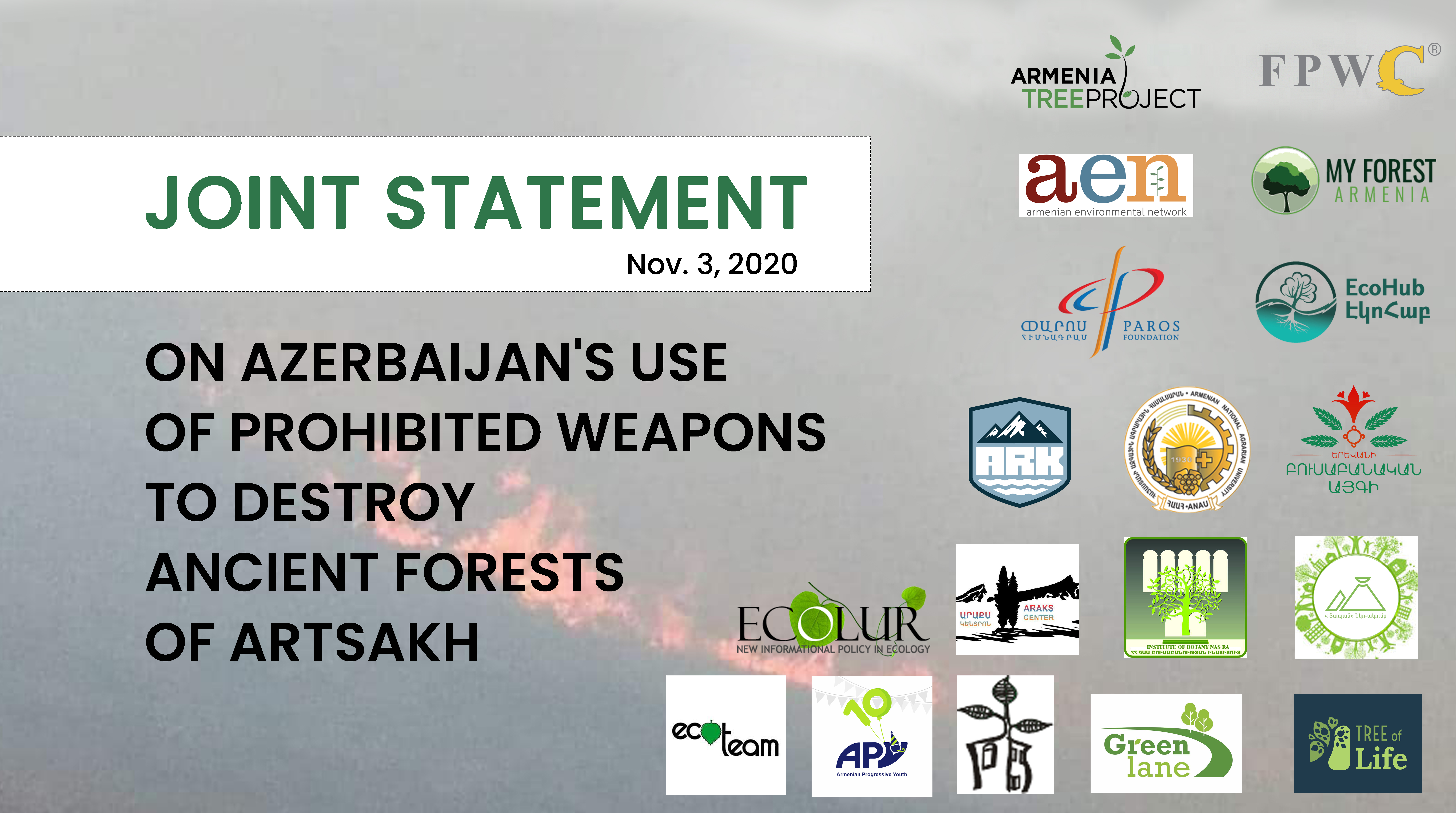 We, the environmentalists of Armenia and Artsakh, are compelled to speak out now to decry and condemn Azerbaijan’s deliberate use of white phosphorus to destroy forest ecosystems and protected areas of Artsakh, near the communities of Shushi, Martakert and Askeran. Many news reports, including those of Azeri sources, show the forests burning with the distinct glow of phosphorus on the evening of Friday, October 30.

While United Nations General Assembly declared 2021-2030 UN Decade on Ecosystem Restoration, with the goal of protection and revival of ecosystems around the world, for the benefit of people and nature, Azerbaijan deliberately targets ecosystems of the Republic of Artsakh, in violation of the International Criminal Court’s Rome Statute, article 8(2)(b)(iv) and Protocol III of the Convention on Certain Conventional Weapons.

The destructive effects of phosphorus on people, plants, and animals have caused many international organizations to forbid its use against civilian populations or the natural environment. Phosphorus burns intensely, causing severe injuries to people and animals. It is resistant to traditional methods of extinguishing fires, and its traces can remain in soil for many years, causing further damage to ecosystems affected by the fires.

The peaceful ethnic Armenians of Artsakh have lived in their ancient and beautiful sacred forests for thousands of years. The forests supply fuel, food, clean air and clean water. They serve as habitats for many native species of animals, including the endangered Caucasian Leopard, Europe’s last big cat. It is apparent that if Azerbaijan has decided it cannot capture this territory, it will make it uninhabitable. We can not tolerate such an outcome.

We call upon all citizens of the world who care for the natural environment to speak out against the wanton destruction of Artsakh’s forests by Azerbaijan’s illegal use of white phosphorus weapons.